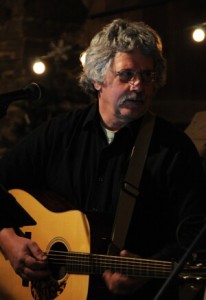 “I got my first guitar in 1967, a Teisco Del Ray, which I still have, took some lessons and within a few months, joined the band, Sounds Beyond.” Roger, who has played in various groups along the way, found himself also picking up and playing mandolin and banjo. However, his smooth intricate guitar style is part of what gives Free Range Blue its flare. Influenced by Doc Watson, Johnny Cash, Eric Clapton, and Tony Rice. Roger also composes and performs his own original material. 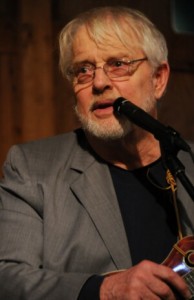 Tom has been playing acoustic music in the Baltimore-Washington area for more than 30 years. Most notable, he has worked with Frontier Justice, a progressive bluegrass band with swing, blues, and “dawg” influences and later, 12 years with Jericho Bridge. Tom skillfully plays mandolin in the group but additionally has a strong guitar background and will venture into the swing idiom. Occasionally, Tom will enter the Celtic and New England world by playing hammered dulcimer. 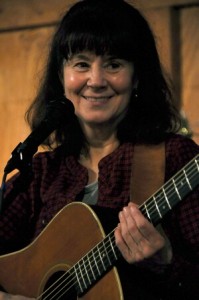 Colleen is an accomplished musician and teacher. She has been teaching both guitar and piano at her music studio in Harford County, Maryland for over 15 years. As a guitarist in Free Range Blue, she is a rock-solid rhythm player and proficient in chord melody. She is competent with many styles from Celtic to Folk to Jazz. Her unique vocal qualities are a strong part of the group’s overall sound.

As a bass and session player, Hal has performed with numerous groups throughout the Maryland / Pennsylvania region for many years. His strong sense of rhythm has made him a bass player in demand. His grasp of playing in multiple genres makes him the perfect fit for Free Range Blue. With his excellent musicianship, Hal now lays down that solid string bass foundation adding to the band’s unique sound.